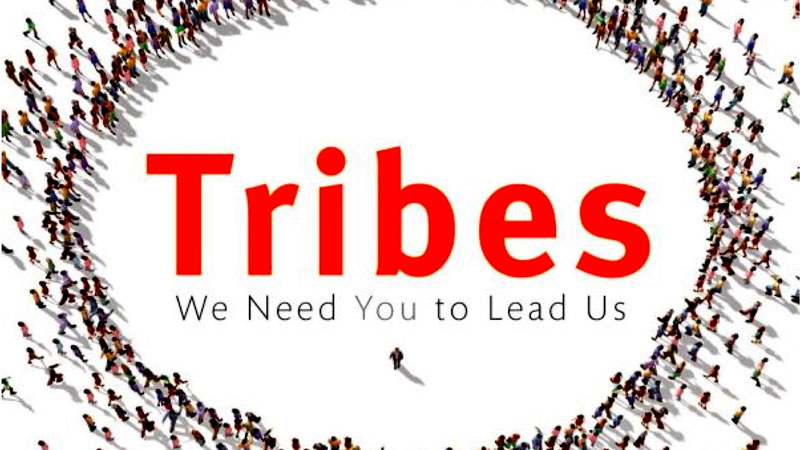 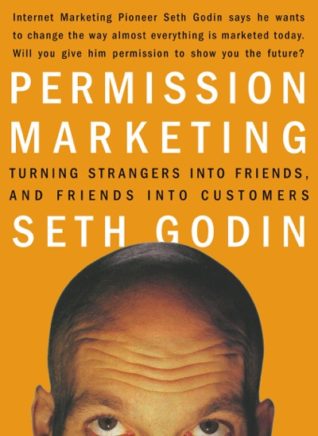 Jennifer: Seth Godin! I’m kind of star struck to be speaking with you, I have to admit. It’s a pleasure to talk to you.

Jennifer: You have been such a seminal figure in the marketing world for so many years. What is it like to know that you have literally changed the course of careers and businesses?

Seth: My mentor Zig used to say ‘I’m a little like a crossed-eyed distance thrower. I don’t set many records, but I definitely keep the crowd alert’. And I’ve got an arc to the work, the 18 books, and the courses and everything but mostly it’s one foot in front of the other. I wrote my first book when I was 26 and I felt along the way that I was responsible for seeing things and reporting on how other people could use those things that I saw. I’ve been fortunate that I’ve been able to do it at a time when the entire world of marketing has changed completely and there weren’t many people speaking out the way I was. So I get credit sometimes when it’s not even due.

Jennifer: We are broadcasting out of Los Angeles and as you know L.A. is a very creative community. Lots of writers, artist, actors and people come here to build out their own brand, their own package, and their own products. Much of your work is built around how to release new things, new ideas, new concepts, new movements.

The first piece I remember reading of yours was Permission Marketing and I think that more than ever, it is so critical to cultivate your audience and understand that dynamic of marketing. How do you describe how marketing has changed over the past few years, because the work that you’ve done from the beginning continues to be more significant over time. 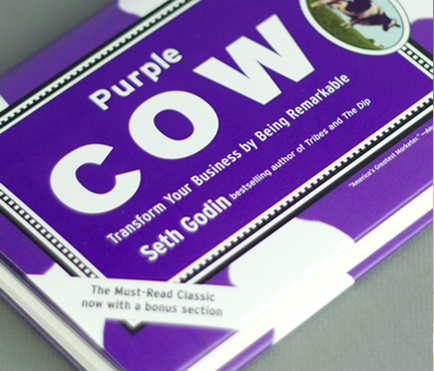 Seth: Well, I’m not going to pick on L.A. but I do need to make a distinction. If Missouri is the ‘show me’ state, L.A. is the ‘pick me’ city. That, for 90 years L.A. has not been the place to go to be creative. It’s been the place to go to be picked by other people who pay you to be creative. And, so, you’ve got the studio heads and network chiefs who are not very bright and aren’t very creative at all who are picking the people who get to use their frequency, their spectrum, their theaters, and their money.

And so I believe the most important shift in the marketing of our time for people in L.A., is that the creative can now go straight to the readers, straight to the viewers, and straight to the consumers. And that bypass starts with permission marketing. The privilege of marketing to people who want to hear from you. So if you have 1-million or 5-million or 10-million followers online, no one gets to tell you that you can’t make your thing. And that’s the giant shift.

That’s … we can sit here and wring our hands about the Kardashians all we want to. But the fact is that if she wants to put a picture up of herself wearing nothing on Twitter, no one can say no. And that leads to episodes of bad taste – but mostly it leads to the responsibility that the creator has – not to say ‘well, it’s the best that I could sell to the studio’ but instead to say, ‘I have an audience and this is what my audience is getting from me today.’

Jennifer: You’ve also said that it’s important to date your customer. Can you explain that?

Jennifer: And so, it’s a long-term plan that you’re talking about when you’re cultivating relationships; when you’re building your products and your services. I love that you are taking a long term approach to it because you’re really advocating building programs and companies of substance.

Seth: Yeah, I mean it took me at least 15 years to become an overnight success. And I think if you look at the careers of so many people who are admired, you know the Johnny Depps of the world or the Leonard Bernsteins of the world, it tends to be a long period of standing for something before suddenly everyone says you’re a star.

Jennifer: Yeah, and also you’ve said that ‘it’s building a business that separates me from the opportunist – by investing in my brand, investing in my future.’ I think that’s probably more important than ever right now in an age where so much content is being created but not necessarily all good content. 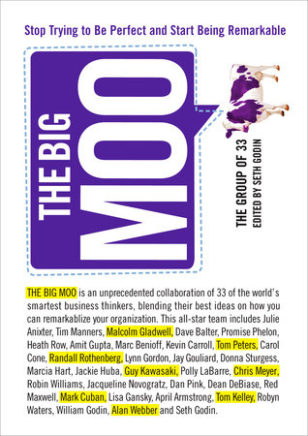 Seth: Right, so, in the old days, there were maybe 10 men, and they were all men, in Hollywood who could decide they would buy this thing from you, you know three TV networks and a few others, but now there’s a million outlets. You can place it in an unlimited number of places and that means we have more choice. And, if we have more choices, we are more likely to choose to pay attention to someone who’s special, not someone who’s banal.

Jennifer: Hmmmm, I think raising our standards all across the board is obviously critical right now, especially in this day and age of politics and the media, everything. How have you seen the media and opportunities for entrepreneurs change in the past couple of years.

Seth: Well, let’s be clear: an entrepreneur is someone who is building something that is bigger than herself. A business that makes money while she sleeps. A business with an asset. And to be that sort of entrepreneur requires inputs and outputs and offering something of value. It’s not about getting a gig. So, what we know is that as spectrum has fallen away in value, meaning owning a TV station or owning a radio station, there are more opportunities for an entrepreneur to build a replacement for that, to build a different kind of asset.

So when Arianna Huffington left L.A. and started the Huffington Post, she did something anyone could have done. It didn’t cost very much money at all. But, what it meant was, I am going to build an asset – a place where, over time, real estate will become more valuable.

Jennifer: Hmmmm, she has built one of the biggest media companies in history now.

Part two will be continued…

As co-author of the New York Times Bestseller, “Secrets of the Young & Successful,”(originally Simon & Schuster), author of The Young Entrepreneur’s Edge (Random House) and Solo Para Emprendedores (Grupo Norma), Jennifer Kushell is a leading professional speaker, corporate strategist, and generational expert whose greatest experience comes from having worked internationally with over ten thousand young people. As the president and co-founder of YSN.com (Your Success Network), she has lead a movement inspiring young people to pursue their professional dreams for more than a decade.

In April 2016, Seth Godin’s book, All Marketers Are Liars, was selected by Carine Alexis at Forbes as one of six essential books every marketer should have on their shelf. He is the author of 18 books that have been bestsellers around the world and have been translated into more than 35 languages. He writes about the post-industrial revolution, the way ideas spread, marketing, quitting, leadership and most of all, changing everything.

You might be familiar with his books Linchpin, Tribes, The Dip and Purple Cow. In addition to his writing and speaking, Seth founded both Yoyodyne and Squidoo. His blog (which you can find by typing “seth” into Google) is one of the most popular in the world. Seth was recently inducted into the Direct Marketing Hall of Fame, one of three chosen for this honor in 2013.

Recently, Godin once again set the book publishing industry on its ear by launching a series of four books via Kickstarter. The campaign reached its goal after three hours and ended up becoming the most successful book project ever done this way. His newest book, What To Do When It’s Your Turn, is already a bestseller.

Publisher’s note: Seth Godin inspired the project TribeLA Magazine. His books have played an important role in my career as a radio executive and as an entrepreneur. Day 21 of TribeLA Magazine’s online launch brings you this exclusive interview with the godfather of modern day creative-thought-leadership.

When Seth wrote Tribes (We Need You to Lead Us) in 2008, he was at the tip of the iceberg with something very grand. Since that introduction, the market has changed and Tribes have sprung up all over the world that some call weird… but what is weird to some is normal for others, depending on where you live. We call it Cultures and Los Angeles has many diverse Cultures. How do we connect with each other… Tribe to Tribe… culture to culture? Let’s start with telling our stories through Art.