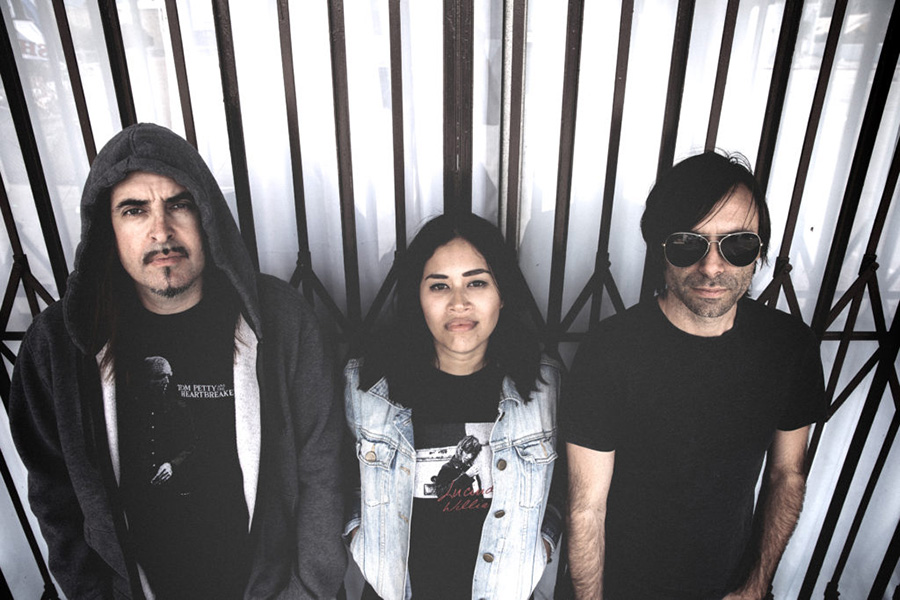 The band, not the city.

Natalie Durkin (TribeLA Magazine): Give your band a Tagline.

Cassie (Santa Barbara): The band (not the city)

ND: What got you started in music? What is the Reason you are where you are today?

Cassie: I moved to LA from New Zealand 3 years ago to be an actress. LOL. I’m so glad I’m not doing that anymore. I bought a guitar and started a band at the end of 2014. – I really regret not doing this sooner but [to be honest] I don’t think the music would’ve been as good. I’ve definitely found the right people and place to be doing this and I have found clarity and purpose that I’d never truly felt til now.
Nick: When I was 6 years old a local music teacher in Christchurch, New Zealand came to school and did one of those mass workshops where he was trying to create interest in his lessons. He played everything, pretty badly, but it still blew my mind. He played the theme from the Blues Brothers movie on piano and guitar i think but his pièce de résistance was his drum solo. He made this sound that resembled a herd of elephants and I was hooked. Got picked up from school by my mum and dad and told them (before I even had my seatbelt on) that I wanted drum lessons. I remember EVERYTHING about that moment down to the sun shining through the window onto my legs to my mother’s relatively disinterested “un huh, ok yeah, we’ll talk about it”.
Geoff: I am just compelled to do so.

ND: What effect (Influence) do you hope to have on us?
Cassie: I agree [with Nick, below], to move people. There are so many songs that have had a huge impact on my life and to write a piece of music that has the ability to resonate and affect someone emotionally would be so amazing.

Nick: Simply to make you feel something, something genuine and significant. What that is will vary from person to person, but the intention is always the same. Move people.
Geoff: That you become open, like a flower to the universe.

ND: What do you do when you’re stuck (Blocked)?

Cassie: Play with my dog.

Nick: Something else.
Geoff: Have a drink.

ND: What fires you up and gives you Energy?
Cassie: Playing with my dog.

Nick: Red Bull (necessary evil). Other than I’m a pretty chilled character. There’s never any need to get fired up before a gig, the desire to not suck is plenty of incentive for me.
Geoff: I wish I knew, it just happens randomly.

ND: Can you share a Little known fact with us?

Cassie: I’m a HUGE Best Coast fan and when I had just moved to Los Angeles I saw Bobb Bruno outside the Largo and I freak out. A friend that I was standing with knew him and they were talking and I was so star-struck that I blurted out “Oh my GOD! Do you KNOW HIM?!” It was so weird and awkward and I basically hyper-ventilated. I was so uncool and that was one of the most embarrassing moments ever…

Nick: I probably could but then that would contribute to it becoming slightly less ‘little known’. Nice try.
Geoff: There are points in the pacific ocean where if you went straight down through world and out the other side, you would still be in the pacific ocean.

ND: Where is your favorite place in Los Angeles? Where would you take visitors? If you could defend the city in one sentence to someone who doubts it, what would you say?

Cassie: Lotus Vegan in North Hollywood is my favorite restaurant and all-time happy place here in LA. I try and take everyone I know there when they come to visit.

Nick: I love the dive bars. I love that side of LA, the history of [low quality] bars and dirty neighbourhoods where interesting people developed their experiences and then turned them into something worthwhile. I also love the desert and the M.A.S.H filming site. Haha. Defend the city? LA doesn’t need me to do that, LA’s too busy thinking of itself to be bothered by what I or anyone else has to say anyway. It’s the ultimate ‘overheard in LA’ story.

ND: Briefly chronicle your creative process. How do you like to Make art?

Cassie: I get really inspired by songs I hear… I kind of go in with the attitude of wanting to write a song “like that” and it usually ends up being a springboard into a melody or tune that is completely different. Lyrics are almost always fictional, I prefer not to pour my literal heart out. Though when I do… I might disguise it by singing about a “character” and their lives.

Nick: Set aside the time, turn away from all distractions and laugh for a while before starting. All art requires humour somewhere in the process, even if the result contains none. Do the hours until you want to stop and then do something else.
Geoff: Some idea from the ether. a desperate process to make it real. A finality, a mingling of success and despair.

ND: What is coming Up?

Cassie: We have an upcoming October Residency at Harvard and Stone.  So excited for this. We have some amazing bands joining the line up and it’s at our absolute FAVORITE live music venue in LA. It’s gonna be awesome.
Nick: More playing, more video making, more writing and more living. Keep doing that until you cannot do any more. If that is my future, I will have lived well.
Geoff: More work

Cassie: Super low-key and comfortable. I pretty much live in baggy t-shirts and docs. Musically, 50s doo-wop meets Nirvana meets Best Coast meets Rilo Kiley meets Iron and Wine meets Lucinda Williams.
Nick: I don’t have much personal style, I only know what I don’t like. Musically? Hopefully my own.
Geoff: Whatever comes… just not folk music alright.

Cassie: Don’t cry over someone who won’t cry over you.
Nick: It’s far better to have a dream than to achieve it. For both.
Geoff: Try to not care so much.

Cassie: Thanks for reading this. Hakuna Matata.

Nick: Hope is all sustaining and achievement can both capsize your ambition and rob you of the most precious thing an artist can nurture; the all consuming desire for what is still possible.
Geoff: All organised religions are systems of control.